ACT NOW THINK SECOND : ANTS – It’s that simple, a thought as small as an ant, but it works wonders, if used for attacking the things that will serve you! Let me explain.

ANTS is a mind trick you can play on yourself, to get you from knowing what you need to do, to feel good, but doing nothing about it. ANTS actually KICKSTARTS THAT ENGINE, & WITH POWERFUL FORCE at that! It does require a bit of effort, but with practice, it gets easier, & perhaps in time even become a new and healthy habit! I try to use ANTS in my life, on the daily, & there are many ways & different scenarios where it works, but here’s a recent example of me putting it to use.

I’d been super busy with work and social events, so much so that my apartment was a disaster, with dishes piled high, the entire place needing a good cleaning, & a laundry situation that looked pretty much hopeless. I knew what I had to do in order to feel good, happy, content & cozy in my place: I had to do all the chores! All of them!! But being weighed down with the fatigue of working 60+ hours a week, on top of my grueling workout schedule & other commitments, all I wanted to do when I got home was to ignore the mess, turn around & go to the bar!

This is where all my practice of ANTS threw me into gear. I turned off my brain and became a literal tornado. I gathered all the laundry in the world, threw a book & detergent into my bag, & was out the door in a flash. After putting all the laundry into washers, I started reading the book I’d brought to keep my mind from wandering to how much I didn’t want to be at the “Washboard”, & even more so from how much I’d prefer just dropping the laundry at home when finished & hitting the bar, ignoring all the other chores in the world.

Before I knew it I was home with my 100 lbs of laundry, but it was all clean! I dumped it onto my bed and then b-lined it to my kitchen. Acting instead of thinking, debating, or rationalizing, I did all the dishes and cleaned off all the kitchen and front room surfaces. Once complete I pulled out the vacuum and went to town! I had seriously worked up a sweat at this point, but this is one of the instances where momentum actually does serve you. I was starting to feel really good and accomplished, and infinitely more so than if I was at the bar, throwing back drinks, dreading the shit hole I was going to go home to that night!

Once the apartment was vacuumed, I went straight back to my bedroom and began folding & putting away my laundry. Once again, I didn’t let myself think about how much I hated doing laundry, because I was neck deep in my LIFE HACK of: ACTING NOW & THINKING SECOND!!! The mind trick is convincing yourself that you’re not taking away you want, or desire, to think about what you’re doing, and giving yourself a chance to decide whether or not you actually want to, because we’re using ANTS only for the times where we know it’s IN OUR BEST INTEREST to do the things that we’re trying to talk ourselves out of doing. We get to tell ourselves, in a split second: “Look self, you are allowed to think about how bad laundry & all the chores in the world sucks, and even debate with yourself on whether or not you’re actually going to do it, but not until after we do the thing! ACT NOW THINK SECOND! It may sound silly, but it’s been working for me for years, whenever I actually take my own advice that is! AND GUESS WHAT?

So if you’re laying down, sit up! If you’re sitting up, stand up! And get ready for this: Some people are stuck in a mindset of “who knows what the future holds”, and while that’s partially true, its a defeating perspective if taken at 100%. Because the choices you make today are the building blocks of your tomorrow!!! What are you creating?!! What if I told you that YOU CAN CREATE YOUR OWN FUTURE?! Well, YOU ABSOLUTELY CAN! Act Now Think Second! I did, I do & I will continue to do so forever! I’ve promised myself that I will continue creating the most epic version of myself for as long as I’m fortunate enough to be alive! And YOU CAN TOO!!!

Let’s all get out there and practice ANTS!!! And let’s keep practicing until its permanent! 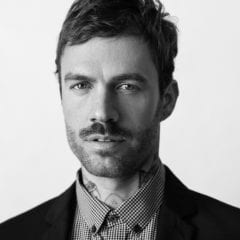 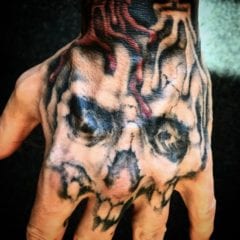